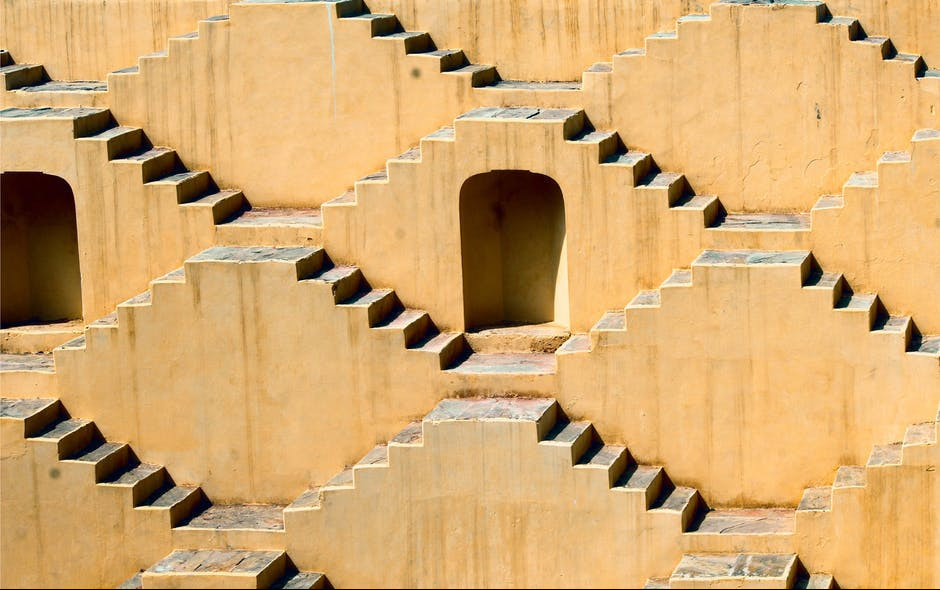 Before we start this “How to”, I want to give you some background on my experiences in affiliate marketing/sales. Now, if you don’t want to hear how I got to where I am today that’s fine you can skip on down to the bottom of the page and get the recap.

By doing so, though, you will miss the experiences I’ve gone through and what I’ve learned as a result of them. I don’t think we are much different, I think that I’ve fallen down more times and gotten back up so I can go further the next time is all.

In the mid-90s was the first time I was introduced into sales. I was voluntold to become a recruiter for the USMC. I went to a class in San Diego that taught us all about sales, features, and benefits. We were taught how to give a class in front of a bunch of high school students. Hell, I was so motivated that I joined the 100-mile club and ran a total of 100 miles while in the class. Boy, that sure didn’t prepare me for reality! 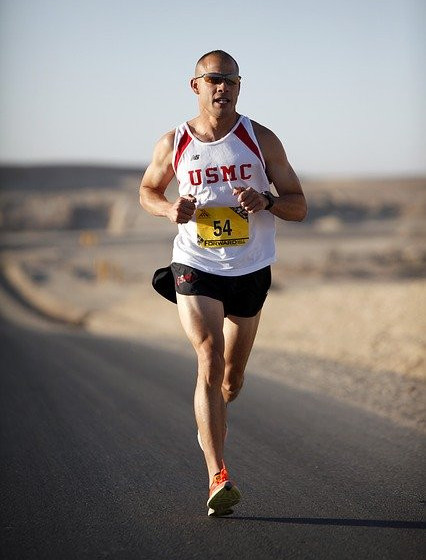 Recruiting duty was a 3-year tour, or closer to reality, it was 36 one month missions for three years. I really learned what the bottom line meant in the Marine Corps during those three years. I learned that you could be the worst example of a Marine and as long as you were making mission or exceeding it you could get meritoriously promoted. I learned that sticking to principles and ethics and doing the right thing could get you punished and your promotion squashed if you weren’t making mission.

In some ways, thinking back on that now, that has prepared me for some harsh realities I have dealt with as I work on becoming self-employed working an online business.

While on recruiting duty I was introduced to Primerica. The sold insurance and mutual funds. I went so far as to take the test to qualify to sell both. It looked like a great way to earn money on the side because I had been investing in mutual funds for years and was well aware of how insurance companies make money by getting people into insurance plans that are worthless. My sponsor, if you will, said I could easily work overseas as long as I sold only to Americans that worked on the base, contractors, government civilians, and military. What he didn’t tell me was the company had to have an office in country in order for me to do any business over there. At some point in the future he got fired for doing the wrong thing. 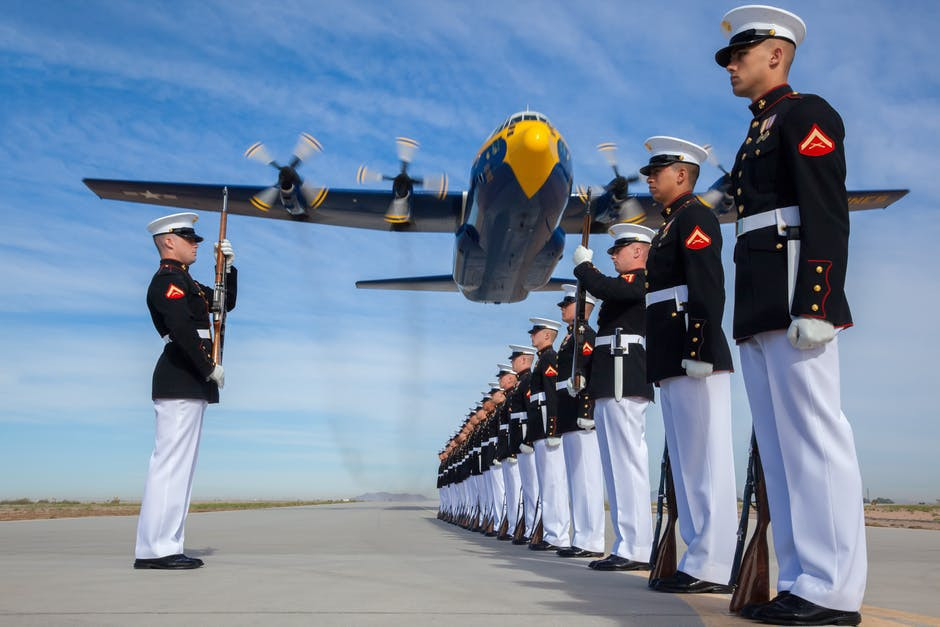 Great! I spent money on training and taking the exams and they weren’t worth the paper they were printed on. However, the one good thing about it all is I learned a lot more about insurance and mutual funds than the average person knows.

Somewhere along the way, I became an Amazon associate and tried getting commissions through building free sites here and there. I’d make a buck or two here and there, but nothing really worth mentioning.

Fast forward a decade or more and YouTube is becoming a thing. Ah, another place I can try using my Amazon links in my videos. This time around I went ahead and started paying for a web hosting service that included email and a lot of other thing you could use to build a business website. But, that’s all they did was provide a service! You had to figure out how to do everything, from uploading files to your folders for your website to making your own HTML pages, everything! And, the web hosting wasn’t cheap, either!

Fast forward again and several websites and YouTube channels later we stumble onto a pair of guys who are selling a 24 step plan to build an affiliate marketing website. You just needed to pay several hundred dollars and you’d get the step by step plan and access to their forum for a year. After that, you would renew annually at a lower cost.

Well, well, now we’re getting somewhere. These guys are going to walk me through it step by step and that’s exactly what I need. I’m not a social person so I’ve got plenty of time to do the work. www.foldingbiking.com was born!

I did the work step by step and built my site. They had video instructions along the way, which were great! They held up their end of the bargain and I have nothing to complain about with the service they provided. This was in 2018.

My problem was I was also pursuing my “dream” of making a success out of my Wallerdog gaming channel on YouTube and Twitch and 2018 was my best year to date. So, as gaming was more fun and I was “successful” my website and affiliate marketing fell off the wayside. 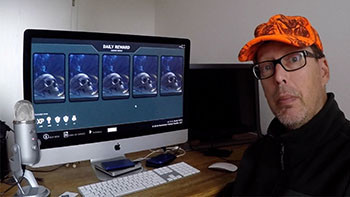 By late 2018 my gaming channel had flatlined and I decided to try something different, boy that was a mistake. That new channel in 2019 never got monetized nor did it grow about 400 subs in a years worth of work. I had 1,000 subs in 9 months on my original gaming channel.

Also, in 2019 I was introduced to Wealthy Affiliates and fell in love with the training within a couple of hours of working the free part of the course. This was so much better than my first experience! The training was so much more in depth and the whole community was helping each other.

But, my focus, once again was on that new gaming channel so it fell by the wayside.

Early 2020 and even late 2019 I knew the new gaming channel wouldn’t cut it. I was still earning about $20/month on my old channel in residual income from people looking at my old content and getting nothing from the new one.

Rule #1, if what you are doing isn’t bringing success, then you have to do something different. Now, some things take time to percolate before they start to perform but I knew from the experience I had on YouTube that if you aren’t getting the interest after a year or two it is not going to happen if you keep doing the same thing.

Remember my foldingbiking website? It was starting to see traffic and some intermittent results from Amazon purchases.

I decide it is time to take a break from gaming and streaming, except for Sunday Funday playing with my friends. For several months I just take the time to think about where I’m going and how am I going to get there.

I made the decision that gaming wasn’t the way. Even if I became successful, those who are doing it for a living are literally having to play 6-8 hours a day to make enough to do it full time. Well, I want more freedom than what gaming would give me. Plus, there was no guarantee I could still make it work and I wasn’t getting any younger.

I decided that rather than spending over 1,000 hours gaming the next year I would spend that same 1,000 hours putting effort into my affiliate marketing business. If my 20 posts on foldingbiking were making headway, then how much more traffic could I have with 200 posts? Plus, I could literally be anywhere in the world and upload posts using free WiFi if I had to and it would give me the freedom I wanted.

I canceled my old web hosting service that was only giving me the bare minimum at several hundred dollars a year and moved everything over to Wealthy Affiliate where I would be getting a hell of a lot more.

Currently, I’m averaging about $20/month on Amazon commissions with foldingbiking and Google Adsense is giving me a few bucks a month. But, what you don’t know is that I’m building out several sites and they are all starting to pick up more traffic as I continue to add more content to them. I really see this as my way towards financial freedom and a job I love working from home.

Now that you’ve heard my story I’m sure it is not much different from yours in that you’ve probably made some attempts at affiliate marketing and gone nowhere. You’ve probably invested in a web hosting site that provides you WordPress, email, domain names, and a place to host your site(s).

But, do they give you the extra?

Oh, sorry! I got carried away.

I am supposed to answer the question, “How to Become an Affiliate Marketer Step by Step.”

Well, if your journey hasn’t started yet then please don’t take the path I took up above! Learn from my mistakes and do it the right way the first time.

Once you join Wealthy Affiliate it takes months to complete the training and months for Google to recognize your site as an authority before they will send you traffic. However, I have seen people post to their website and in a very short time be indexed by Google here on Wealthy Affiliate. I know it works and I believe in it, otherwise I wouldn’t have moved everything over to here and I wouldn’t be spending all of my free time building this online business.

So, come join me at Wealthy Affiliate and spread your wings with the rest of us!