How To Prepare For Losing Your Job

While in the Marine Corps I was in a small field so during that time I never had to worry about not being able to re-enlist. As a matter fact, I was able to get a re-enlistment bonus almost every time because it was a small field and it took time and money to get new people into the field.

Now, lets fast-forward to 1997 where I’m at 17 years in and I am reaching my limit of 20 years at the rank of Staff Sergeant (E-6). As part of my order for my last duty assignment it said that if I don’t get promoted within the next three years that I needed to put in for retirement. It was not unexpected, but I was surprised when I saw it.

Over the years I had taken quite a few college and university courses and even had a major assigned in computer science when I attended Roosevelt University’s (RU) campus they had in Hawaii. In 1998, I submitted all of my coursework to RU and received my Bachelor’s degree in Computer Science. Not bad, it only took me 18 years to get my B.S.

Over the years I had watched quite a few people retire from the Marine Corps. I believe all of them worked at the office until the day they took terminal leave and left. I’m not sure how many actually prepared for retirement but I do know of quite a few cases where they seemed to be satisfied with retirement and taking a low paying job after they retired.

There were also those who continued to work in the same or a related field after they retired, either in government service or as a contractor. And, those at a high enough rank with 30 years in just retired to do what they wanted.

Well, I didn’t fit into any of those categories! At 20 years, I was only going to get 50% of my salary as retirement. One good thing we were able to do before retirement was to pay off all of our debt except for the mortgage on our house that we were renting out, since we were in Japan at the time. I knew that my retirement was enough to make the mortgage payments, but I still needed a paycheck to live on for my wife, daughter, and myself.

Plus, I wanted our daughter to be able to attend school at an overseas international school as their quality for teaching high school students is much better than a public school in the states. So, what did I do?

I spent my evenings going to school, working on a Master’s in International Relations since I had spent six years overseas and could speak some Chinese Mandarin, Korean, and Japanese. It seemed a smart way to go.

Other than that, when I was at work it didn’t matter how close we were getting to our discharge, mission always came first so you didn’t talk about your upcoming retirement.

My friend and I want to Yonsei University for more Korean language training. It was a 3-month course and we didn’t do what we should have to stay in shape. As soon as we returned to Okinawa, we were assigned to a deployable unit and the following we they had us take a physical fitness test. We both failed the pullups! The next day we were told to pack up and go back to our unit and we both got a disciplinary report written on us. Guess what? We both actually had a shot at getting promoted but it was now gone. Any other unit or time and they would allow you to retake the test within a couple of weeks and if we passed we would be good to go. But, not this time!

Luckily for me, that ended up being the best thing that could happen. Let me explain.

Here’s the short version, our unit leadership was not being friendly toward us and one of the mid-level guys got me assigned to a unit that was on a different base where I could do related work and help them out.

After a successful exercise the XO pulled me into his office and said, SSgt Waller you’ve got three months until you retire why don’t you stay at home and do what you need to prepare for retirement, just call in every day and let us know you are okay. Oh my goodness!!! To this day, I am so thankful to him! I have never seen that type of kindness given to someone who was getting out. It almost makes me cry, even today.

What did I do? I busted my ass and started studying about Windows and networking. In the past on my time I was always tinkering with computers and local area networks, but that had nothing to do with my job. In three months time I took and passed 6 Microsoft tests to get my Windows 4.0 MCSE +Internet and my Comptia A+ certifications. Ask anyone with experience taking these tests and they’ll tell you 3 months to do that is very difficult.

So, that’s how I prepared for losing my job the first time. Finished my Bachelors in computer science and got two recognized certifications. The funny thing is, it still took networking to land the job that I did.

But, the important thing here is that my degree and certs opened the door. Without them it wouldn’t have mattered who I knew, I would’ve been unemployed in Japan. As it was I started my full time job in Korea while I was still on terminal leave from the Marine Corps

Life as a Contractor 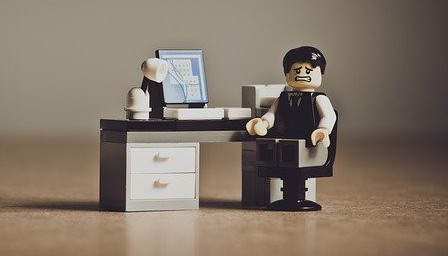 As a contractor in the IT world I started at the bottom but I was okay with that since I had little to know experience. All I had was book and certification experience.

By working hard and listening to people I was able to get promoted twice where I started working and ended up with 13 people working for me. I didn’t just sit still, either. I knew if the contract was lost we could end up having to find a new job.

So, while working their, I got my CISSP, Network+, and CCNA certifications. After failing to get my Master’s in International Relations (the comp exam scared me), I did get an MBA through the University of Maryland. All of this was to prepare for losing my job, since I knew having a job as a contractor could be risky.

Due to a change in the pay with the new contract I decided to apply for another job that didn’t require working overtime without getting paid for it and it was a pretty easy job. Fast forward 18 months.

I’m sitting in my office and I get a call from one of the guys who initially interviewed me (and was now working for someone else) and he asked if I had looked at the upcoming schedule. I said no and he said I needed to look at the schedule.

Oh, by the way, the schedule was what was forecast for work two weeks from that day. WTF!

I guess you could say that was my 2 week notice by someone from outside of the company I worked for who was looking out for me. Thank goodness he did!

Was I prepared for another job? Yes and no!!! During that 18 months I could have done a lot more study and/or training for more certifications to make me more valuable. Instead I enjoyed the little work we did and what a mistake that was.

I ended up taking an entry level position working for the same organization that I left as a manager and had to ride the subway 90 minutes each way to get to my new work location.

I’ve since gotten a much better job (had to move to Germany to get it) and continued with my certifications.

Now, I’ve gotten my PMP, CCNP, CCDP, and ITILv4. I’m confidant that if the contract is lost I can move anywhere in the world and start working.

Something I forgot to talk about is resumés; I have an article on Resumés DOs and DON’Ts you can read. It is from the perspective of government civilian employment, but many of the tips also apply with non-government jobs, as well.

Getting Closer and Closer to SS Retirement Age

I’m 58 now and even with a good paying job I’m tired of going to an office and working in an environment where I have no control. Too cold, too hot, dealing with traffic, dealing with personalities, dealing with so much that is out of my control.

I want to enjoy life more and work less. I want to work in my own home environment where I control the temperature, lighting, open or closed windows, what time I start working, what time I quit working, how much work I do on any given day.

What are my/our options?

Continue Working for Someone Else

That’s right we can continue to work where we are until we die or can afford to live on social security.

Have you looked to see how much you get paid on social security? Not to mention the cost for mandatory healthcare insurance! I watched how my mom and dad retired and thank you very much, but NO THANK YOU!!!

Social security is not an option for retirement!

That leaves us door number 2, self-employment!

The best thing about self-employment is you can get started right now, today!!!

You don’t have to wait until you’ve lost your job or decided to take social security.

It can start right now!!!

The answer to, “How to Prepare for Losing Your Job?” is to read my post on Wealthy Affiliate Review and see what we have to offer for training and building an online business. It will be the best decision you make today!

The best thing about being self-employed is that it can lead to financial independence. When you work for someone else you get a predefined salary and that’s it.

When you are self-employed you can earn as much as you want, work as hard as you want. So, if you are earning 60K/year and are happy with it that’s okay. But, if you want to earn more you can.

I want to be able to do the hard work at the beginning and let it pay off in residual income later down the road so I can be financially independent based on my own labors.

Let me know in the comments below, what are you doing to prepare for losing your job?

Have you unexpectedly lost your job and wished you had prepared for it?

How To Prepare For Losing Your Jobretirementself-employment

8 thoughts on “How To Prepare For Losing Your Job”